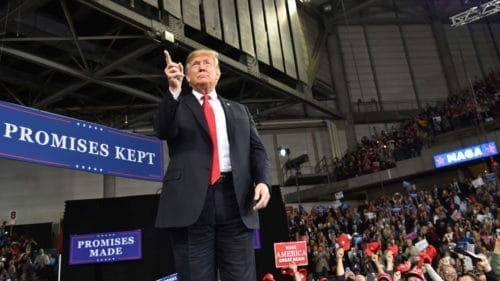 The United States economy continued to roar to life under President Trump and the Republican-led Congress in the third quarter of 2018; beating expectations as GDP grew at a healthy 3.5% pace.

According to CNBC, the United States Gross Domestic Product rose “faster than expected,” expanding at a 3.5% rate instead of economist predictions of 3.4%.

“The U.S. economy grew at a faster-than-expected rate in the third quarter as inflation was kept in check and consumer spending surged, according to data released by the Commerce Department on Friday,” writes CNBC.

“The headline was not too far from expectations, but we did get a few surprises. Consumer was stronger than we expected,” added a senior economist. “The consumer accounts for 68 percent of overall GDP, and the consumer really drives the bus.”

This story originally appeared in The Sean Hannity Show