BRETT: There is an incredible story to be heard in the latest episode of the podcast series Rush Limbaugh: The Man Behind the Golden EIB Microphone. Sean Hannity is speaking with our Bo Snerdley, the host of the series of stories of what happened behind the scenes here on the EIB Network. Here's just a short example of Bo, or James Golden, talking with Sean.

JAMES: "But you have to watch it." 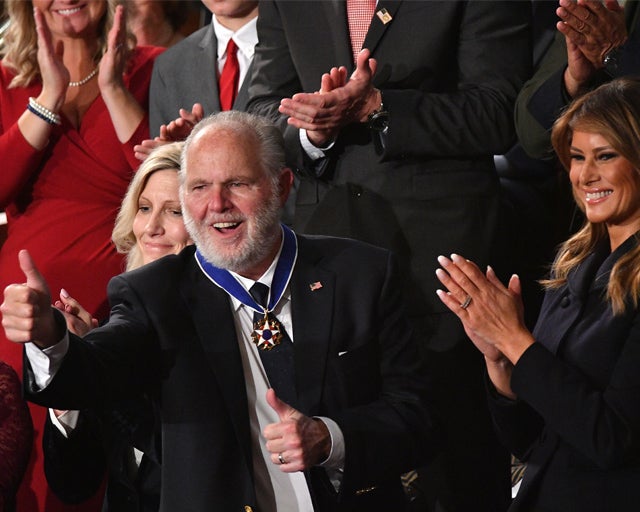 SEAN: I called you, I called Cookie, everybody that needed to know. I said, "Do not miss it," in other words, "I didn't want you to miss it live," and this is the Medal of Freedom.

PRESIDENT TRUMP: -- for your decades of tireless devotion to our country.

BRETT: And they're talking about last year's State of the Union Address by President Trump, of course, when Rush received the Medal of Freedom award. Now, how did Sean Hannity know about it before many of us did? Well, it's worth your time to download and listen to this podcast, Rush Limbaugh: The Man Behind the Golden EIB Microphone. It's sponsored by both the Tunnel to Towers Foundation and of course MyPillow.

About The Rush Limbaugh Show