RUSH: The media today was going wild over Trump's comments from the NATO summit in London where he called Macron's comments about NATO being brain-dead insulting. And of course Trump is the guy who has said that NATO is useless, that’s it’s worthless without in the United States. It is Trump who has said that none of these other member nations are paying anywhere near their fair share of the operating expenses and the upkeep. 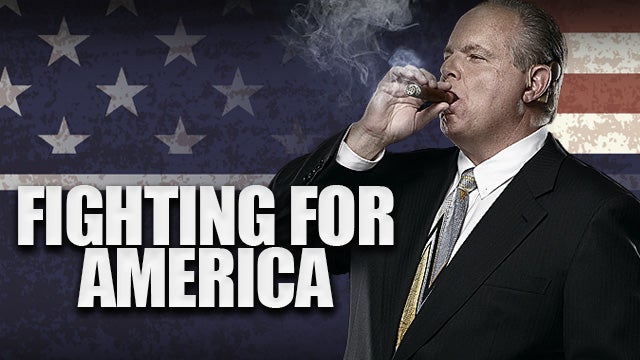 Now, for those of you who don't know, there aren't actually dues. NATO's not some club where they've got a general secretary and an IT director and then somebody in billing and assessment. They don't send out bills to member nations. The way a member nation pays its responsibilities in NATO is by way of funding its own defense. And that's what a number of NATO members haven't been doing. And we never call them on it. And you know why we never call them on it?

So the United States will pay more than its fair share. The United States will allow member nations of the United Nations to pick its pocket now and then. Americans set this up, by the way. Americans set this up as a way of assuaging their guilt, as a way of, they would say, keeping the peace. But it's classic. It's almost people who were embarrassed at the superpower status, both economically, militarily, any number of ways.

And I'm not exaggerating this. I'm not making this up. This is classic the way this current world order exists. And what's always been ironic about it to me, here we have the United States of America who's been around hundreds of years less than European countries. And, by the way, this is not a rub on European countries, don't misunderstand me when I say this. There are many, many reasons for this. But in less than 250 years a nation that never existed was founded and became the dominant economic power, moral power, military power the world had ever seen. 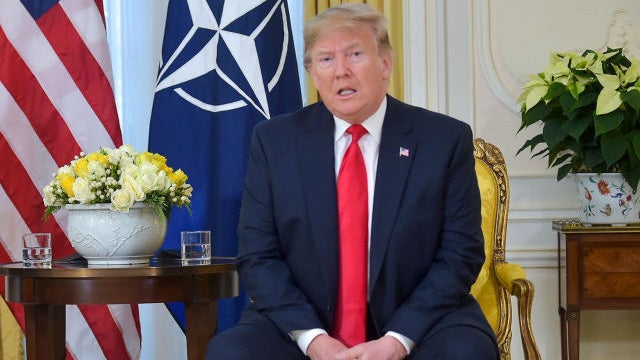 Meanwhile, nations around the world, including in Europe, been around thousands of years, can't even hold a candle to us. Now, as I say, there are reasons for it. So then we have these world organizations, we got European Union, we got the NATO, then we've got the G7, the G20, the G8, whatever it is. And in every one of these organizations, the United States is pointed to, “It's unfair you're so big. It's unfair you're so powerful.” We've always had Americans agree. “You know, it really is.”

And so to balance this out we've allowed our pockets to be picked. We have allowed ourselves to be guilted into paying for everything, disaster relief around the world, because we can. But rather than the United States becoming a model for other nations and economies to follow in order to achieve their own degree of such power and success, they have been allowed to go ahead and run themselves as quasi-socialist democracies depending on the United States for trade, for defense, for any number of things.

So Trump comes in like a bull in a china shop and says this whole existing world order stuff doesn't make any sense. We shouldn't be the ones having to defend the world, we shouldn't, the ones having to feed the world. If we're gonna do it, you're gonna pay us. For crying out loud, none of this is fair. And these people are freaking out, and they have been ever since he was elected.

So he shows up to the NATO meeting during the campaign. I'm convinced that one of the reasons the intelligence community, the deep state, were originally appalled at Trump was due to his statements about NATO during the campaign. You know, NATO is like any other bureaucracy. It is set up to perpetuate itself. It is there for its ostensible purpose, to defend member nations against the evil transgressions of tyrannical regimes like in Russia, and at the time East Germany, Soviet Union, what have you.

Now those tyrannical governments are gone or are much smaller, but NATO hasn't changed its charter. It's been allowed to exist, it's got fat, dumb, and happy, and it's got its own bureaucracy of people who don't do much and who don't want to solve much because then there's no reason to exist. And NATO, like a number of other bureaucracies in the United States, has become a place where the elites exclusively appoint themselves and their children and use it to fatten their lifestyles.

For the longest time the Europeans didn't fund any of their own defense. We were putting missiles in Europe to protect them and us against whatever aggression might come from the Soviet Union or from East Germany or from any of the other Soviet -- the Eastern Bloc. And that allowed them to become these fat, dumb, and happy welfare states that allowed them to experiment with open borders because their birthrate replacement levels started plunging. They didn't have enough of their own native human beings to maintain populations, so like Angela Merkel opening up the borders to let immigrants from all over the world in thinking it's gonna lead to all kinds of new employees feeding new industries and jobs. And of course it's done nothing but corrupt her culture.

Trump sees all of this and is hell-bent on taking it back to what it intended to be. And there's so many people who depend on NATO as it has become. Trump is viewed as somebody who's gonna turn everything upside down, harm them professionally, harm them economically. This will not -- especially some guy who in their view isn't even qualified to be president or to tell them which way is up when it comes to American foreign policy.

He has made NATO stronger than ever by jawboning these other member states into increasing their own defense spending. Western Europe is much more capable of defending itself than it's ever been. And they are mad as heck at Trump about it.

RUSH:  What's interesting is that Trump is being blasted by the very same people who never wanted him to be elected president because he was blasting NATO, because he was criticizing and ripping NATO for being ineffective.  The United States was paying way too much of a burden, not just financially, but in the actual defense of Europe.  They were getting off easy.  It was time for them to share more of the load, more of the burden, particularly for their own defense.  These people wigged out.

It's kind of like those civil servants (whining), "He's going outside the channels!  He's ignoring the interagency group!" It's the same thing here.  It's identical.  In fact, you remember those people that showed up and testified, Colonel Vindman...? I'm sorry. Lieutenant Colonel Vindman -- O say can you see -- and then Fiona Hill and what's her name, Yovanovitch. All these, they're NATO people.  It's all the same type of bureaucrat/civil servant/diplomat/intelligence official, whoever, and they're all...

Remember they were wigging out?  So what did Trump do?  Trump today fired back at the French leader, Macron, who ripped into NATO, saying that NATO is "experiencing ... brain death."  Trump called Macron's comments "very insulting and nasty." If anybody's gonna insult NATO, it's gonna be Donald Trump, but none of these other people are.  When they start insulting NATO, he comes to its defense -- and the reason is, it's doing things right for a change now.