One of Biden’s first acts was to sign a face mask mandate for anyone on federal property.

That mandate is “called the “100 days masking challenge.” It directs federal agencies to comply with C-D-C guidelines on mask-wearing and physical distancing and it applies to federal buildings, federal lands.”

After signing that mandate Biden visited the Lincoln Memorial for a photo op with his family where he removed his mask. 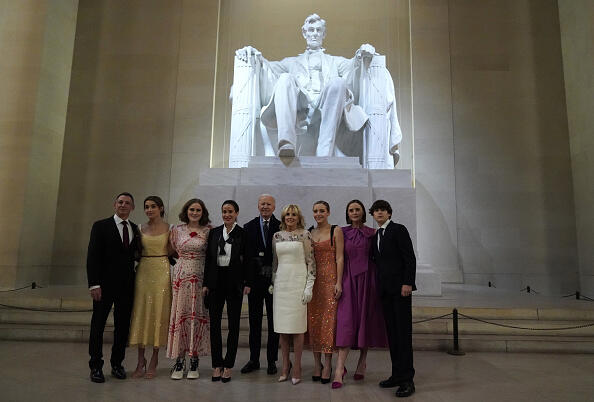 We silly commoners should know by now that the rules don’t apply to those who impose them. Just ask all the Democrat leaders across the nation who implemented lockdowns that they were later caught breaking.

“So what gives? The Lincoln Memorial is most assuredly on federal property. Looking at Biden’s executive order, on which the ink was barely dry, I don’t see any phrases such as “unless you’re the President of the United States” or “unless you’re near a monument and it’s dark out.” Also, contrary to some of Biden’s defenders on social media, the mandate didn’t say wear a mask or practice social distancing. It said and practice social distancing, so he doesn’t get a pass for being six feet away from the reporters. So the newly minted president wants to issue an order for the rest of us but ignore it himself? I’m almost positive that I recall being lectured by the MSM about “leading by example” or something like that.

Perhaps today Uncle Joe will head off to a wine bar or a hair salon. It’s not really an auspicious start, is it? Barely eight hours into his presidency, Joe Biden was following in the grand tradition of other Democratic elected officials around the country who practice the rule of “do as I say, not as I do.”